Epic Games has just revealed that Unreal Engine 4 is the first one to provide official support for the new Vulkan API, and a demo has been presented at the Mobile World Congress 2016, but only for the mobile platform.

A stable and working version of Vulkan was announced last week, and many companies are now hurrying up with the support for it. The hardware makers like AMD, Intel, and Nvidia have been among the first to push support for Vulkan, but they were expected to do that since they are part of the development group.

To be fair, the first one to announce support for Vulkan is the Croteam studio, for its game The Talos Principle, but Unreal Engine is the first major engine to do this. It’s very likely that it will be followed by Source from Valve, CRYENGINE from Crytek, and many others.

Demo for the mobile platform

Unlike OpenGL or DirectX, Vulkan is a low-level API that works on multiplayer platforms, and it’s somewhat agnostic in this regard. In fact, the only major limiting factor is the processing power.

Epic Games presented a demo of the Unreal Engine running on a mobile platform during the Samsung event at Mobile World Congress 2016, and they used Vulkan to do it.

You might wonder why this is relevant for the Linux users. Well, just like Vulkan, the Unreal Engine is also made to work on various platforms, including Linux and mobile. Despite being at the very beginning of a long road, Vulkan 1.0 already proves that it’s capable of providing the quality and performance that it promised.

Vulkan 1.0 is in “direct” competition with Microsoft’s DirectX 12, and the fact that a major company like Epic Games provided support so quickly for this new technology is a really good sign for the Linux users as well. 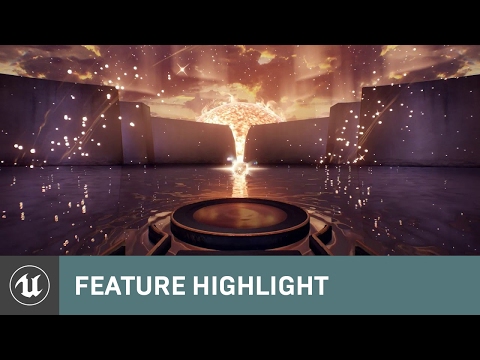