Banana Pi project by Sinovoip launch to day, the Banana Pi M2 Ultra on Aliexpress for $48, only $4 more than the Banana Pi M2 SBC, which similarly has a 92 x 60mm footprint and a Raspberry Pi compatible expansion connector. Like the M2 and the smaller, less feature rich, $37 Banana Pi M2+, the M2 Ultra is open source and community backed, and runs Linux or Android on a quad-core Cortex-A7 Allwinner SoC. Yet, the M2 Ultra runs on a new Allwinner R40 (see farther below), which like the Allwinner H3 found on the M2+, is paired with a Mali-400 MP2 GPU rather than the PowerVR SGX544MP2 found on the original M2 board’s Allwinner A31. 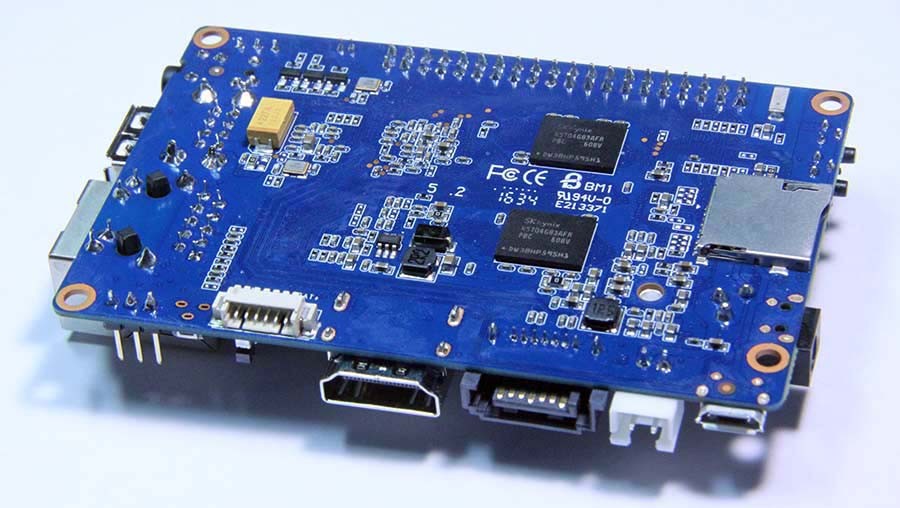 The Allwinner R40’s key advantage over the H3 and A31 is the addition of native SATA support. This benefit is extended to the Banana Pi M2 Ultra board, which unlike the M2 model, also offers 8GB of eMMC storage, with options ranging up to 64GB.

The M2 Ultra provides twice the RAM of the M2, at 2GB DDR3, and makes Bluetooth 4.0 standard rather than optional. The M2 Ultra sacrifices one of the M2’s four USB 2.0 host ports, but that would be the port you would otherwise be using for slow USB-based SATA access.

According to a story in CNXSoft that alerted us to the M2 Ultra’s arrival, it remains to be seen if the Allwinner R40’s SATA implementation is much of an improvement over the relatively slow (36MB/s) SATA disk-write performance of the Allwinner A20, which it nominally replaces. Still, this is clearly a major upgrade over USB-based SATA. 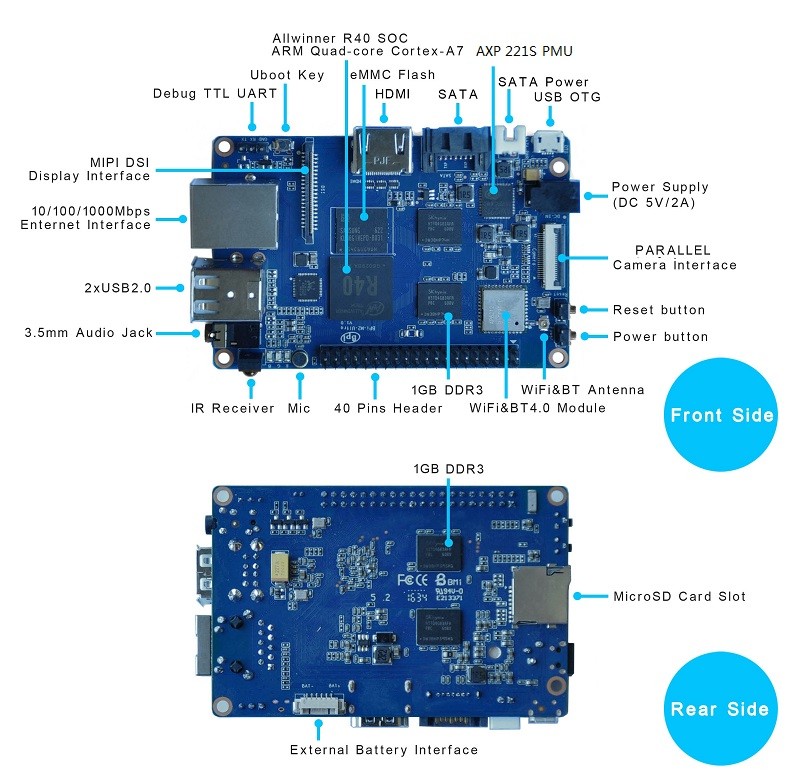 Otherwise the M2 Ultra appears to be almost identical to the M2, with features like microSD, WiFi, GbE, HDMI, MIPI-DSI, and an audio jack. Like other Banana Pi models, including the octa-core Cortex-A7 Banana Pi M3, you get a 40-pin expansion interface compatible with Raspberry Pi add-ons.

Specifications listed for the Banana Pi M2 Ultra include: