What I did after installing Ubuntu 12.10

The first thing I did after installing Ubuntu 12.10 was to restore my PPAs backup from Ubuntu 12.04. That’s right, I’m addicted to PPAs. That’s because, even though Ubuntu 12.10 has the latest version of most packages, there are some apps which aren’t available in the official repositories that I can’t live without. For this I’ve used Y PPA Manager which imports the GPG keys automatically and can also update the PPAs that work with the latest Ubuntu release.

I’m using Firefox because it works better for me with a large number of open tabs (especially since there’s an option not to load tabs until clicked). I only use three addons: Adblock Plus, Tab Badge (adds a a small badge to your tabs to alert you when you have notifications for websites like Facebook, Google Plus, etc.) and LastPass (for better password security and sync). 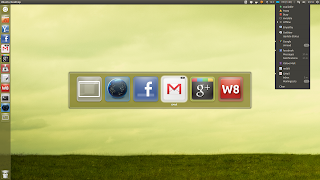 And speaking of browsers, I’ve also installed some webapps (they work with both Firefox and Chromium):

More about the new webapps, HERE.

I was telling you there are some applications which I can’t live without. Well, many of them are appindicators:

Of course, the list can get very long, but I’m trying to stick with the basics here.

What are the things you’ve done after installing (or upgrading to) Ubuntu 12.10?

Now it’s your turn! What did you install or tweak after you’ve started using the latest Ubuntu 12.10, be it the default favour, Ubuntu GNOME Remix or X/K/Lubuntu? And even if you’re not using Ubuntu 12.10 yet, what are the first things you do after installing Ubuntu?