Linux News Today: Antergos Is Getting Its Own Package Manager and It Looks Great

Antergos is a Linux distribution based on Arch Linux, and its developers are preparing a new package manager that should really change everything about the way packages are handled in this distro, and, why not, in other operating systems as well.

Make no mistake about it, there are a ton of package managers in the Linux world, and most of them are very good at what they do. Some are better than others, and some are better suited for certain distros. It’s hard to say that a particular package manager is bad at its job (cough… Ubuntu Software Center.. cough), but for the most part, the existing applications are more than OK.

On the other hand, you should never be satisfied with what you have, and you should always try to improve it. This is the case with Antergos, which is trying to get a Package Assistant off the ground. The team has been working on it for quite some time, and they’ve decided to share the progress they’ve made with it.

The project doesn’t have a name just yet

The new package manager or assistant, as they call it, is called just Poodle for the time being, but this is just an internal reference, and it’s quite likely that it will have some other name by the time it’s done.

“As you probably noticed, it doesn’t look like your typical desktop application, and that’s because its not. As you know, we ❤ Python here at antergos, so naturally Poodle is a Python application. The frontend UI is HTML/CSS/Javascript rendered by QtWebEngine. Our goal is to strike a nice balance between styles typically found on the web and those typically found on desktop apps. We want to ensure that using Poodle feels as native as possible,” write developers.

Unfortunately, the project is still far from completion, and devs don’t know when it’s going to be ready or even when a Beta version will be available for download. Enjoy! 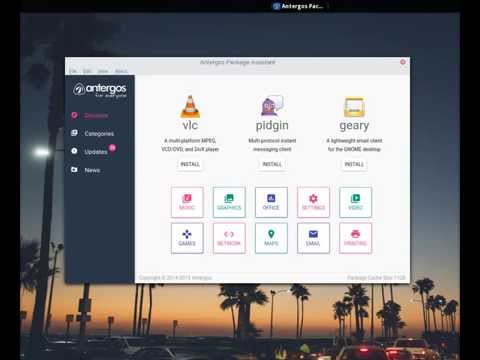