The developers behind the antiX MX GNU/Linux distribution have announced the release and immediate availability for download of the antiX MX-15 computer operating system.

The final release of antiX MX-15 comes after two Beta and two RC (Release Candidate) builds, during which the distribution’s maintainers implemented numerous new features, updated some of the most important core components and applications, and fixed many of the bugs reported by users since the previous stable release of the OS.

antiX MX-15 is based on the latest and most advanced Debian GNU/Linux 8.2 (Jessie) operating system, which means that it inherits many of its features, including the Linux kernel 4.2 packages. The OS is currently built around the lightweight Xfce 4.12 desktop environment.

“We are extremely pleased to announce the release of MX-15 (codename Fusion) based on the reliable and stable Debian Jessie (8.2) with extra enhancements and up to date applications provided by our packaging team. Just like MX-14, this release defaults to sysVinit (though systemd is available once installed),” they announce.

Prominent features of antiX MX-15 include the automatic enabling of the Broadcom b43 and b44 drivers, support for installing the operating system on UEFI (Unified Extensible Firmware Interface) machines, numerous improvements to the Advanced LiveUSB tool, as well as several under-the-hood changes. 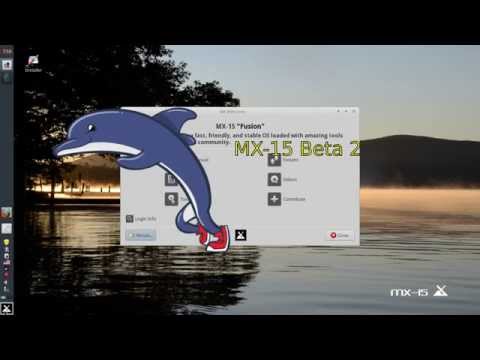