Linux News Today: Ashes of the Singularity to Be the First Game with Support for Vulkan and DirectX 12

Ashes of the Singularity is a new RTS game from a studio named Oxide Games with Stardock as its publisher. As it stands right now, this is the first game to be developed to take advantage of DirectX 12, but the makers of the game are also involved with the Vulkan API.

With so many names and acronyms, we feel we need to give some explanations. First of all, Ashes of the Singularity has recently been released on Steam Early Access, and it’s already garnering a lot of attention. The developers promised battles on a scale that’s never been done before, and they are not disappointing.

Secondly, the developers are also working on this game to provide a de-facto benchmark for the DirectX 12, although at this point it’s difficult to contest that since they are the only ones.

Secondly, Ashes of the Singularity wants to be a spiritual successor to the awesome Supreme Commander series, and from the looks of it, the guys from Oxide Game are doing an incredible job in this regard. Also, they said that they were involved in the development of the Vulkan API, which is considered to be the successor of the current OpenGL generation.

Ashes of the Singularity coming to Linux?

The developers of Ashes of the Singularity were asked in the Steam forums if they planned to release a Linux version of their game. Given that they had said that their game was aimed at DirectX 12 users, you might think that the answer is no. Well, you’d be wrong.

“That’s the plan. Via Vulkan. Oxide Games is heavily involved in the group creating Vulkan. And yea, as soon as drivers start to come out we’ll be able to start doing stuff with Vulkan. Regarding DRM, thanks. No DRM on Ashes. :)” wrote on the developers on Steam.

There is no date attached to the stable launch for Ashes of the Singularity or Vulkan, so we’ll probably have to wait a little bit longer. 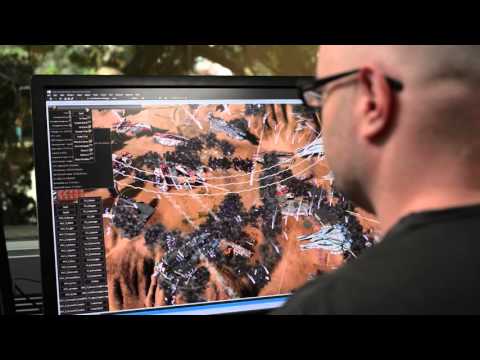