Linux News Today: Canonical Is Showing Off the Unity 8 Greeter Running on the Desktop

Canonical is working on Unity 8 for the desktop, and they are making some very good progress with it. The latest news from the Ubuntu developers has to do with the greeter, which happens to be pretty much the same one from the phone.

The notion of convergence that’s been touted by Canonical for so long is actually a very simple concept. The same software can run on multiple and different devices, and shares the same code. For Canonical, this means that they want an Ubuntu system that can run on any platform, mobile or otherwise, and have a single codebase. It’s probably the reason it takes so long to achieve and why they are still working on it, three years after it was announced.

The other thing that gets in the way of the developers is the complexity of an entire operating system. You can’t just make everything work at once, so bits and pieces are making their appearance. In this case, the greeter that you can see on the phones and the tablets has been made to work for the desktop as well. It’s interesting to notice that this is the Unity 8 greeter running over a Unity 7 session.

Convergence is upon us

This kind of small features demonstrate that the convergence idea that Canonical had a few years back is finally coming to fruition and that it’s now a lot closer than you might think.

“The greeter is currently under very active development, and the design isn’t completely finalized. However, one feature likely to be implemented soon (partially thanks to the work done on split greeter), is the ability to launch apps from the greeter. Currently, the Unity 8 greeter will only allow a user to log in to the default session. However, in the future, a user will be able to select which session (Unity, KDE, etc..) to start, as is the case with the Unity 7 greeter,” said Josh Arenson, one of the developers working on this feature right now.

He has also said that users will be able to install this right now by using a PPA, although you need to keep in mind that it’s still experimental code and not safe for regular use. Just enter these commands in a terminal (you need to be root):

If you want to return to the old greeter, you’ll need to delete this one. Just enter these commands in a terminal: 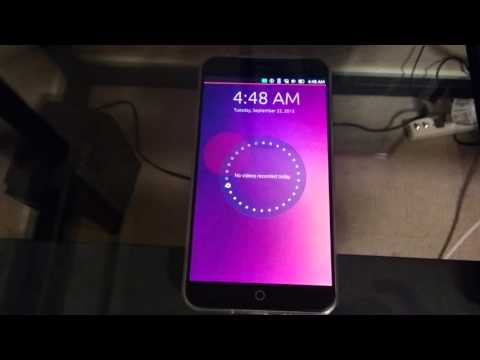