Today we have the great pleasure of introducing you to a brand-new GNU/Linux distribution, called Apricity OS, which aims to be a modern and intuitive Linux kernel-based, cloud-oriented desktop operating system.

Being based on Arch Linux, Apricity OS is built around the GNOME desktop environment, which has been stripped down to its basics in order to consume as little resources as possible, as well as to lower the boot times to a few seconds. It uses ICE, a simple SSB (Site Specific Browser) manager, to put your favorite Web Apps on the desktop, and TLP, an advanced battery management tool for optimizing battery usage on laptop computers.

Among other unique features of Apricity OS, we can mention Pushbullet, a utility that allows users to send links or files between multiple devices, as well as to receive phone calls, short text messages, or other mobile notifications, Syncthing, a tool that lets you transfer large amounts of data across multiple platforms through a fully encrypted system, and PlayOnLinux, a Wine frontend that lets you use Windows apps and games.

“We believe that an operating system should be easy to use, easily accessible, and beautifully designed. We have also incorporated software in order to minimize security risk as much as possible,” was stated on the project’s website. “This embodies our vision here at Apricity: we want to help make your workspace, and your playspace, more productive and elegant.”

Available only for 64-bit computers

At the moment, a first Beta build of the Apricity OS distro is available for download right now via Softpedia, but only for 64-bit computers. The developers stated that 32-bit machines won’t be supported at this time. It’s distributed as a Live DVD ISO image that you need to write on either a USB flash drive or a DVD disc. Detailed instructions are provided on the project’s website.

We remind those of you who want to take Apricity OS for a test drive that the distribution is not yet finished. A Beta build is a pre-release version, which means that it contains unresolved issues and it is not suitable for deployment on production environments as the only operating system. Below is a video of Apricity OS in action, courtesy of The Linux Homefront. 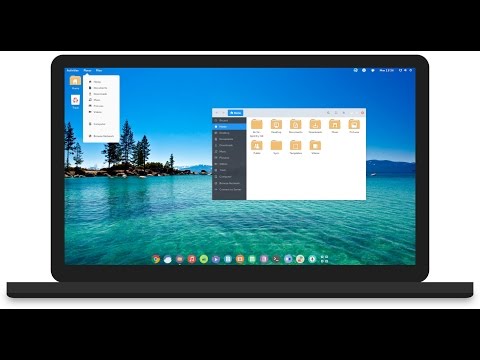