An Ubuntu MATE user put together a “Gold Edition” of the distribution and made some propositions for the leader of the project, Martin Wimpress. As it turns out, he’s going to make some of those things happen.

The Ubuntu community is a lively one and users are always trying out new things and changing their systems. This is true pretty much for all the distributions out there, so it shouldn’t be surprising that someone went ahead and built what he believed to be a “Gold Edition” for Ubuntu MATE.

In this case, a Gold Edition is a version of the operating system that integrates pretty much everything you can imagine, that has all the nifty Compiz effects turned on, and that provides users with the ultimate software collection.

Having all the glitter turned on in a Linux distribution might not be appealing to everyone, but it also might be something that people could appreciate. This is pretty much a thought experiment, and it’s something that anyone can do in about 15 minutes if you have large enough bandwidth.

With that said, it looks like Martin really enjoyed the effort that the user put into his video and even said that some of the things suggested might make it into a future version of the distribution.

The Gold Edition has a lot of gold in it

The user who made this special edition went a little bit further and looked for gold-inspired wallpapers and even modified the official background to reflect the gold status of the distro. The only sane thing left to do is to actually spray paint a DVD with gold.

Ubuntu MATE 15.10 was released only a few days ago, and it’s already making the rounds. Users can download the latest version of Ubuntu MATE 15.10 from Softpedia, check out the video below, and try to match everything that has been done. 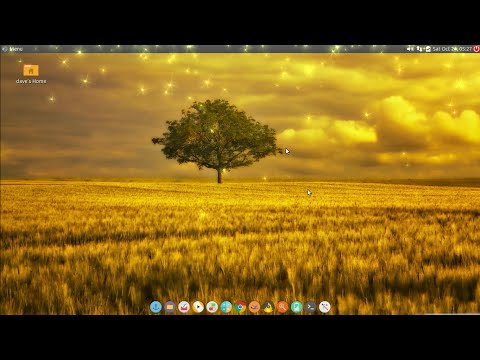