Linux News Today: Ubuntu 15.10 Is Getting Some Pretty Nice Scrollbars

One of the features that will be present in Ubuntu 15.10 (Wily Werewolf) are the new scrollbars that have been imported from upstream GNOME and that will make a lot of people happy.

Canonical is a company that is used to doing things its own way. Not having to depend too much on upstream projects is the reason why we have Unity 7 today, but that doesn’t mean that GNOME packages aren’t still used to this day. In fact, there are quite a few of them, so Ubuntu devs still rely a lot on GNOME.

One of the aspects that really set Unity apart from everything else were the scrollbars, which made sense on paper, but weren’t all that great in reality. Why have them displayed at all times when you can set them to sort of hide and only show themselves when you need them. Sounds like a good idea, right? Well, Ubuntu developers kept these scrollbars for a long time, but now they’ve reached a consensus, and they have decided to adopt the ones used by GNOME.

The new scrollbars are still thin, but more manageable

One of the things that people will notice is that they are still quite thin. On the other hand, you can see them all the times, and they are not all that hard to grab on. Ubuntu developer Marco Trevisan explains that a lot better.

“Well, by default (when no desktop scaling is in action) they are using 10px for input (while the drawn bar is 8px, but we use 2px extra for better precision). In general, I think they’re enough for catching them. However, these sizes can be easily changed by just adding some .css code to your theme.”

Ubuntu 15.10 (Wily Werewolf) is expected to land on October 22, and you can download the daily build right now from Softpedia. 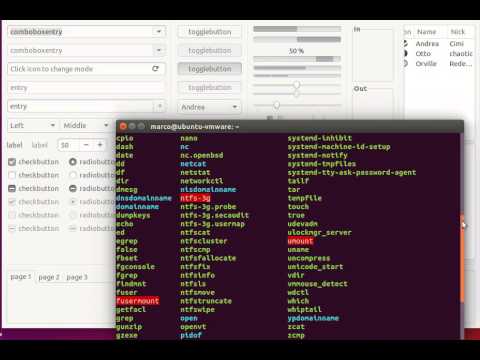