Linux News Today: Valve Goes After Microsoft: You Don't Need to Ever Build a DirectX 12 Game

Vulkan is a new API from the Khronos Group, the same developers who are also working on OpenGL. Their efforts are now supported by Valve as well, and they are saying that developers won’t ever need to make a DirectX 12 game.

The development of OpenGL was always slow, and many of its features usually landed years after they were already implemented in DirectX. There was a time when OpenGL and DirectX were head to head, but Microsoft pumped a lot of money into it and they got the support of hardware manufacturers. Now, it looks like the development of OpenGL has picked up the pace once more, but developers are also working on a new technology called Vulkan.

Vulkan can be considered the spiritual successor of OpenGL and it’s still under development, but Valve engineer Dan Ginsburg is talking about DirectX 12 and its direct competition with Vulkan, which means that it is not that far away into the future.

You won’t need to make a DirectX 12 game

Dan Ginsburg from Valve took the stage at SIGGRAPH 2015 and talked about the state of the Vulkan API. He didn’t say too much about it, but he did make a statement that will definitely cause some discussions in the community.

“Vulkan is the right way forward for powering the next generation of high-performance games. Unless you’re aggressive enough to be shipping a DirectX 12 game this year, I would argue that there isn’t much reason to ever create a DirectX 12 backend for your game, and the reason for that is that Vulkan will cover you on Windows 10, on the same class of hardware, and so much from all of these other platforms,” said Dan Ginsburg.

The advantage of the Vulkan API is that it’s cross-platform, unlike DirectX 12 which only runs on Windows and Xbox One. This is actually what Valve is looking for since they will soon release the Steam Machine, consoles based on SteamOS, an operating system based on Linux.

Valve has made its stance clear, and even Gabe Newell criticized Microsoft and Windows 8.1, so it’s not really a surprise that this is happening.

This is a long conference, go to one hour and forty minutes for Dan’s statements. 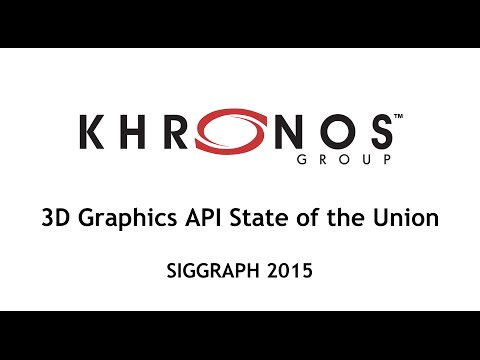