Ubuntu users are really curious to find out what the new Unity 8 will look like as opposed to the current Unity 7 version, and how the design will be implemented. Well, they now have a glimpse of how things are changing.

Canonical said right from the start that the Ubuntu team planned to keep the overall design of the Unity 7 desktop for Unity 8, but it was hard to grasp that without a visual representation. Unity 8 is really different on the mobile platform, and that’s not a good place to start the comparison.

Even with all the assurances in the world, until you get to see a proper side-by-side comparison, there is little that can be deduced. One of the most interesting features in Unity is the indicator area, and we all know that Unity 8 has really different indicators. Seeing them in action on the desktop is a big step forward.

The Ubuntu developers intend to have Unity 8 ready to ship with Ubuntu 16.04 LTS. Even if it is not implemented as the default solution, they still want to have it in a working state. They’ve done a lot of work on the desktop version of Unity 8, and it’s already showing.

An Ubuntu user made a video highlighting the differences between the two sound indicators, on Unity 7 and Unity 8, and it’s easy to see that the latter is a clear evolution.

Ubuntu 16.04 LTS will be the first version that will feature Unity 8, as an alternative, and the plan is to have Unity 8 by default in time for the Ubuntu 16.10 launch. There is still a year until that happens, but it looks like they are on the right track. 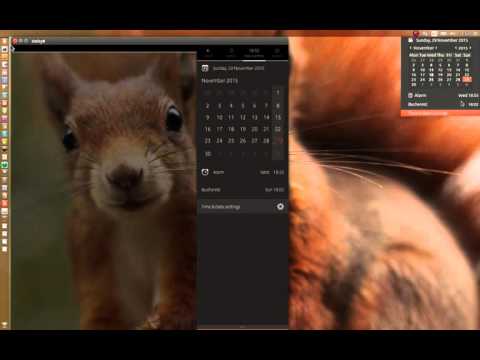