It has been more than a year since we last heard something from the development team of the blackPanther OS GNU/Linux distribution, who had the great pleasure of announcing this past weekend the release of blackPanther OS 16.1.

For those not in the known, blackPanther OS is a free and open-source GNU/Linux operating system that borrows various technologies from Mandriva Linux, such as the graphical configuration tools, the graphical desktop environment of openSUSE Linux, namely KDE Plasma, and the driver management system of Ubuntu.

“It was just a year ago that I was able to announce Release 14.1 to you and now I’m happy to do the same again. After months of hard work, version 16.1 (Silent Killer) of blackPanther OS has been released. In keeping with tradition and due to a good number of optimizations, we are still able to fit on a 700 MB CD-R(W),” says Károly Barcza.

Dubbed “Silent Killer,” the final release of blackPanther OS 16.1 comes as a drop-in replacement for the previous version, blackPanther OS 14.1, and introduces a large number of updated components, among which we can mention the Linux 4.7 kernel, KDE Plasma 5.7 desktop environment, and KDE Applications 16.04.3 software suite.

Moreover, the distribution ships with the KDE Frameworks 5.24.0 collection of add-ons for Qt 5.6.1 GUI toolkit, which has been included as well. Other noteworthy technologies included in the blackPanther OS 16.1 release are the latest Python 3.5.1 programming language and Calamares 2.3 graphical installer.

After installing blackPanther OS 16.1, users are advised to use the App-Helper, Apper, SMart, or RPMdrake package managers because KDE’s Plasma Discover is not stable and produces numerous errors. Download blackPanther OS 16.1 right now via our website. 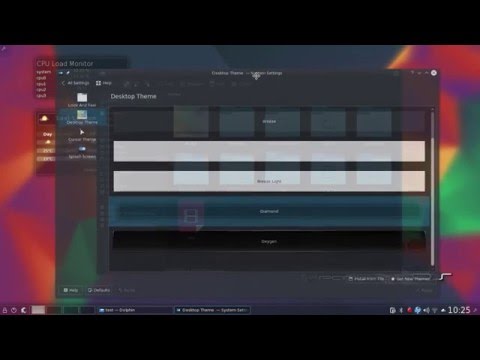