The Chinese developers behind the deepin Linux kernel-based operating system have announced the immediate availability for download of the first point release of deepin 15.

deepin 15.1 is the result of one month of hard work, during which the development team has listened to users’ suggestions and bug reports, bringing a bunch of optimizations and bugfixes, in particular for the Dock, Launcher, Control Center, and a few other core components and applications.

In addition to the core and visual optimizations, deepin 15.1 expands the default software repository of the operating system with several packages, and among the most important ones, we can mention Deepin Cloud Print, a new tool that lets users print over the web, as you can see from the video attached at the end.

“deepin 15.1 is a correction edition emphasized on fixing bugs that users feedback, optimizing the system and expanding app repository. It is worth mentioning that a new member has joined Deepin application family——Deepin Cloud Print!,” reads today’s announcement.

In addition to all the goodies mentioned above, the Deepin Store has been updated with some hot news apps, among which we can mention Android Studio, Straight Flush, AliWangwang, and WizNote. Other than that, the developers managed to fix some minor bugs in order to make the Deepin Store app more reliable and stable.

If you’re running deepin 15 (any version starting with the Alpha 2 build), you can get all of the above new features by updating your installation via the Deepin Control Center app, in System Information. On the other hand, if you’re a new user and you want to install the operating system, you can download the deepin 15.1 installable-only ISO images right now via Softpedia. 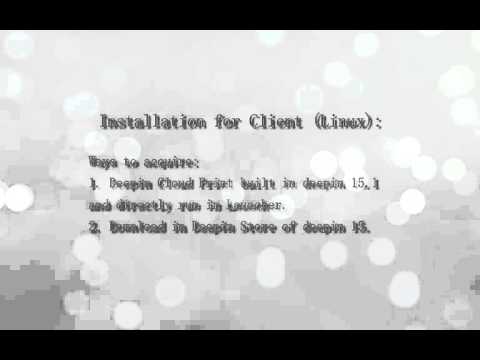