The Docker developers are working hard these days to bring us one of the biggest releases of the widely-used open-source and cross-platform container engine, Docker 1.12.

Docker 1.12 entered development two weeks ago when the first Release Candidate build was available for public testing. Since then, the development team behind the acclaimed open-source application container engine have announced a second RC version, but also updated the release notes with some of the new features coming your way.

Just by looking at that huge changelog, we can tell you that Docker 1.12 promises to be the great release of the application container engine you’ve all been waiting for, and the project’s developers are already promoting some of the best features coming to Docker 1.12 very soon on social media.

For example, Docker 1.12 will be capable of building an image with the new HEALTHCHECK dockerfile command that supports user-defined healthchecks, creating a Docker swarm, creating a service, scaling the service to two instances, as well as removing the service. To see all that in action, please check out this quick video tour.

Others say that the service abstraction in Docker 1.12 is probably one of the most important and coolest changes implemented in the open-source application container engine since it was created. But there are also numerous networking improvements, a new Swarm Mode, a brand-new plugin command for managing plugins with the install, set, enable, disable, inspect, and rm subcommands, as well as built-in routing mesh.

To view all the new features coming to Docker 1.12, which should be out soon, we recommend taking a look at the changelog attached below for your viewing pleasure, and this in-depth article. Also, you can get an early taste of Docker 1.12 by downloading and installing the second Release Candidate. In the meantime, consider registering for the Docker 1.12 Hackathon event to win awesome prizes! 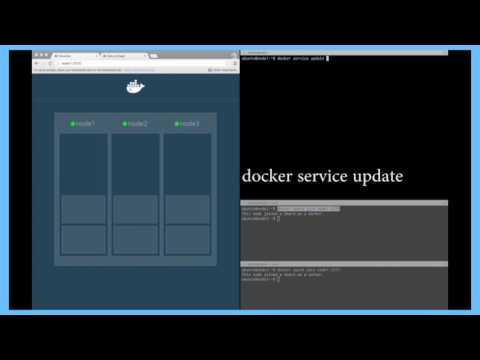