Canonical, through Amrisha Prashar, has had the pleasure of announcing that their popular Snappy Ubuntu Core operating system is now available for Intel’s recently launched Joule development board.

Yes, you’re reading it right, Intel released an IoT (Internet of Things) single-board computer (see the attached image to see what’s included in the retail package) and Canonical is always on top of things making its Ubuntu Snappy Core operating system compatible with the latest development boards and embedded devices.

“The new Intel Joule is a powerful board targeted at IoT and robotics makers and runs Ubuntu for a smooth development experience. It’s also affordable and compact enough to be used in deployment, therefore Ubuntu Core can be installed to make any device it’s included in secure and up to date … wherever it is!” reads the announcement.

Of course, Intel Joule also supports ROS (Robot Operating System), which provides all the required tools and libraries a software developer needs to create robot applications for devices that are powered by the Intel Joule development board. Mixing ROS with Ubuntu Snappy Core makes the development process smoother than ever.

On this occasion, we would also like to inform the reader that the Snappy Ubuntu Core operating system is a stripped down version of popular Ubuntu Linux distribution, and it’s being targeted at autonomous machines, embedded devices and other internet-connected digital things (a.k.a. IoT devices), such as drones, home robots, and A.I. kits.

You can find out more about the Snappy Ubuntu Core operating system via its official homepage, where you’ll be able to download the latest version and install it on your new Intel Joule development board. In the meantime, check out the video demo below to see the Intel Joule-powered Turtlebot robot running ROS on Ubuntu Snappy Core. 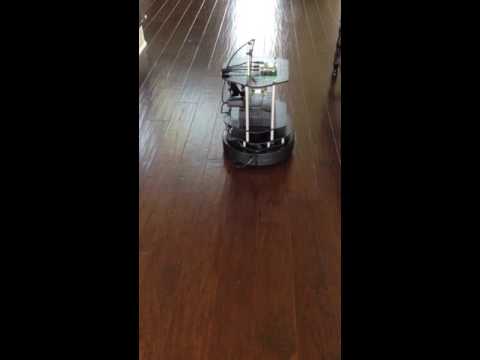