The Kodi developers have unveiled earlier, March 8, 2016, details about two new upcoming themes for the next major version of the acclaimed cross-platform and open-source media center software.

The current stable release of the formerly known as XBMC Media Center software is Kodi 16, dubbed “Jarvis,” but it looks like the team of developers behind the grand project are already planning on the new features to be implemented in Kodi 17.

Kodi 17 “Krypton” is set to arrive sometime later this year, and besides the multitude of new features and improvements that the project’s maintainers will implement, it will also ship with two never-before-seen skins for a brand new look.

“Yes, you read it correct, two new skins. The first one is called Estuary, and it will be what most of you will see from now,” said Martijn Kaijser in the announcement. “The second one is dedicated to the people who are using touchscreens and is called Estouchy which will be replacing the re-Touched skin.”

According to Mr. Kaijser, many months of hard work have been put into the two new themes, Estuary and Estouchy, which Kodi users will most certainly love. The new skins are not here to change the way we use Kodi, but to improve the overall user experience.

However, the bad part about this major visual change is that the Estuary and Estouchy skins will only work with the upcoming Kodi 17 “Krypton” release of the popular media center. But hey, most of us will quickly update to Kodi 17 once it is out the door, so no worries here.

Below we’ve attached a nice gallery with screenshots of the Estuary and Estouchy themes for Kodi 17 in action, as well as a couple of videos for more details. Until Kodi 17 will be available worldwide, the team is preparing the first point release of Kodi 16, the Kodi 16.1 build, which already received a first Release Candidate a few days ago. 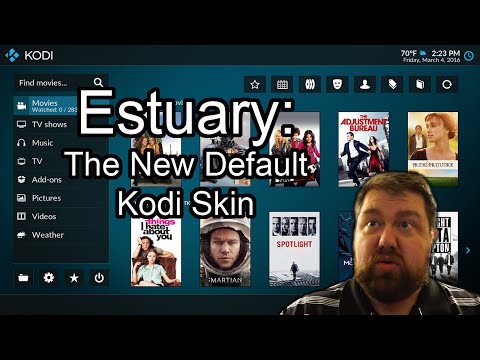 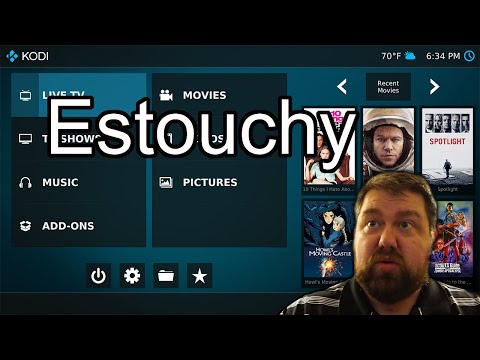