The Document Foundation non-profit organization has teased users on Twitter about the upcoming features of the LibreOffice 5.1 open-source office suite, due for release in the first week of February 2016.

On this occasion, we thought that it would be a good idea to make a roundup of all the features that will be implemented in the LibreOffice 5.1 release, which promises to be the best free and cross-platform office suite on the market. Let’s start with the LibreOffice Writer, which will have improvements to the Spelling dialog, mail merge embedding (watch the video at the end of the article for details), and the enablement of the Widow/Orphan paragraph text-flow by default for new office docs.

Moreover, the View menu of LibreOffice Writer will have a new option called Hide Whitespace, and the formatting toolbar will include an Outline split button. The LibreOffice Calc has new commands for adding columns right and rows below, a new statistics dialog for calculating statistics regression like power, logarithmic and linear, support for displaying values of results and parameters in the Formula Wizard, as well as support for organizing sheet level context menus and exporting to PDF.

In LibreOffice 5.1, users will be able to use the “Find & Replace” dialog or the find bar to search for formatted display strings in Calc, which will have a revamped formula engine with features like table structured references, sticky end row and column anchors, and compatibility with ODF 1.2. Moreover, the LibreOffice Impress and Draw components will receive a sorting commands and slide navigation, Impress Mode selection, Slide Design improvements, and support for equalizing width and height settings.

Also in LibreOffice Impress and Draw, users will be able to save background images, view and edit control points in the Shape Properties dialog, restart the timer of the slideshow in the presenter console, choose different background colors for the Master slide view, and stop the screensaver of the KDE, Xfce and MATE desktop environments under GNU/Linux operating systems when displaying a presentation.

LibreOffice Math, Base and Chart

While LibreOffice Math ships with optional autoclosing brackets and support for importing MathML files from the clipboard, LibreOffice Base offers support for Mozilla Thunderbird’s address book via the new mork driver. On the other hand, LibreOffice Chart promises features like improvements to the equation rendering and support for negative Y values for Exponential and Power trend lines.

But that’s not all, as LibreOffice 5.1 will ship with many other core improvements, among which we can mention the ability to input Unicode characters with the Alt+X keyboard shortcut, WebDav enhancements, new import filters for Gnumeric, Microsoft Write and Apple Keynote 6 files, per-user configuration policies support on Microsoft Windows, OpenXML filter improvements, reorganization of the menus, new Remote Files dialog, multiple sidebar enhancements, and an AutoCorrect context menu.

Right now, you can download LibreOffice 5.1 RC1 from our website, but the development cycle will continue with the second and a third Release Candidate builds on January 17 and January 31, respectively. The final release of LibreOffice 5.1 is planned for the week of February 7, and it will have six maintenance releases until its end of life on November 27, 2016. LibreOffice 5.1 will be available for all GNU/Linux distributions, as well as for the Microsoft Windows and Mac OS X operating systems. 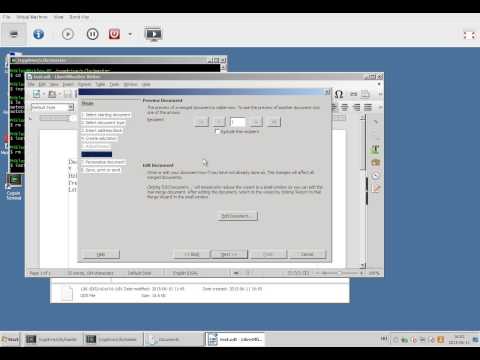 #LibreOffice 5.1 is approaching! Want to have  a look at the new features? Some of them are already listed: https://t.co/F0hsIZfd8l — LibreOffice (@libreoffice) January 6, 2016