Today, July 2, 2016, we have the great pleasure to offer our readers an unboxing video of the Meizu PRO 5 Ubuntu Edition smartphone, which Canonical was nice enough to lend to us for an in-depth review.

Meizu PRO 5 Ubuntu Edition is the fourth and most powerful Ubuntu Phone available to date, and starting today we will try to use it every single day as a normal smartphone for a review we’ll publish in about a week or two. But before anything else, we’ve decided to make a short unboxing video showing you guys what’s inside the box.

For those not in the known, Meizu PRO 5 is an Android smartphone, but Canonical has a partnership with Meizu to sell some of its devices with the Ubuntu operating system, which, like Android, is also based on the Linux kernel. This is the second Ubuntu Phone from Meizu, after Meizu MX4 Ubuntu Edition that we reviewed exactly a year ago.

The device is retailing at $369.99 USD (~€330), and you can purchase one online from either JD.com (shipping worldwide). We’ll now let you enjoy the short unboxing video we’ve prepared for your viewing pleasure, just in case you want to see what you’ll get when your Meizu PRO 5 Ubuntu Edition arrives at your doorsteps. 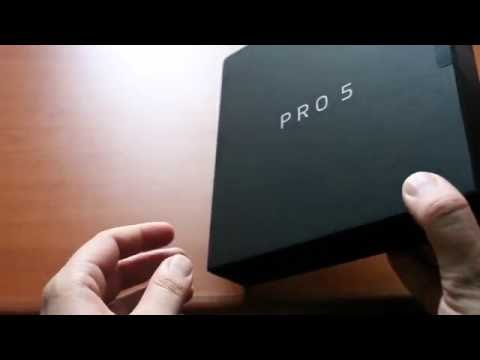