Approximately a month ago, we showed you the GNOME Shell extension of the unique Mycroft AI personal intelligent assistant for GNU/Linux operating systems running on the Ubuntu GNOME 16.04 LTS (Xenial Xerus) distribution.

Developed by the talented Aditya Mehra a.k.a. AIIX, the Mycroft AI GNOME Shell Extension is the most advanced version of the intelligent personal assistant that you can install on a Linux kernel-based operating system

The new release, Mycroft AI GNOME Shell Extension 0.1.2, arrives today with an improved installer for Ubuntu-based distribution, based on a single script, an updated user interface, which you can see in action in the video attached at the end of the article, the ability to copy things to clipboard, and fixes for text bugs.

Other than that, there are two experimental features introduced in this new update, namely text reactive animation and pin to notifications. If you want to test the new Mycroft AI GNOME Shell Extension on your Ubuntu-based OS, you’ll find the installation instructions on the GitHub page of the project.

The Mycroft AI intelligent personal assistant is also available for KDE Plasma desktops, but it’s an Alpha-quality build at the moment. It’s written entirely in Qt and you’ll find all the details you need to know about how to install it on your GNU/Linux operating system via its GitHub page. In the coming months, Mycroft AI will come to more Linux desktops, including Ubuntu’s Unity. 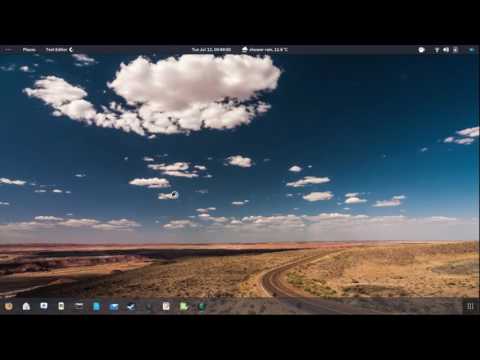