Mycroft, the company behind the Mycroft AI open source intelligent personal assistant for GNU/Linux operating systems, has published a story recently on how they are using Ubuntu Linux and Snaps to deliver their software Mycroft devices.

Those behind their Mycroft AI reading need to take a look at the video attached at the end of the article or visit the project’s homepage, where they will learn that Mycroft AI is more than an intelligent personal assistant. It is a device that transforms a regular house into an intelligent one that can connect to many existing appliances.

However, in this article, we would like to tell you a few words about the Mycroft AI personal assistant for your Linux desktop. Yes, that’s right, Mycroft AI is designed to work on virtually any Linux kernel-based operating system. Think of Mycroft AI as Apple’s Siri on macOS, or Amazon’s Alexa.

“Users can speak to the software naturally and receive a natural response,” said Joshua Montgomery, CEO of Mycroft. “Mycroft can launch applications and initiate commands, so the platform can be used as a voice interface for almost anything. Developers are currently working to integrate Mycroft into devices ranging from a wireless speaker to an automobile.”

It’s already a known fact that Mycroft has chosen to use the Ubuntu Core (a.k.a. Snappy Ubuntu Core) operating system, a slimmed-down flavor of Ubuntu Linux designed specifically for IoT (Internet of Things) and other embedded devices, to build the software that’s behind Mycroft hardware devices the company is trying to sell for your home or office.

But it looks like Mycroft is also making use of Snaps, the universal binary package format any application developer can use to deliver apps across multiple GNU/Linux operating systems and desktop environments, to push software updates to its Mycroft devices, as well as to allow users to install the Mycroft AI software independent of the host OS.

“We see Snaps as a fantastic way to ensure users get the best Mycroft experience, by not having to worry about system library version mismatches or old versions of Mycroft in a distribution’s repositories. We are confident that delivering Mycroft using Snappy will provide a positive experience for our users,” said Mr. Montgomery.

Right now things work on a basic level, but the company wants to make it the best open source natural language platform, so natural that it will be practically impossible for users to ascertain if they are talking to a machine or a human being. But to achive that goal they need your help. They need developers to contribute to the project in any way they can to improve it. All the details are available at https://docs.mycroft.ai/. 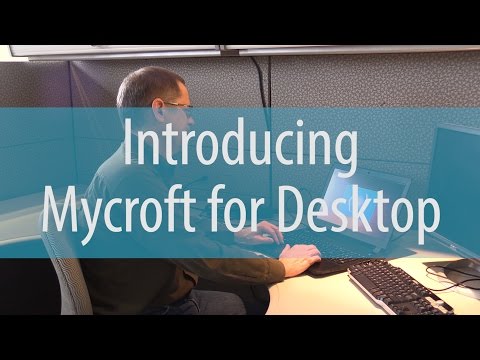