On the day of January 15, 2016, Ubuntu app developer Daniel Wood teases Ubuntu Phone users on his Google+ page with the latest development of the next major release of the Dekko email client.

In October last year, we briefly reported the fact that the Ubuntu Touch developers are planning on integrating the Dekko app as the default email client for upcoming versions of Canonical’s mobile operating system used in all supported Ubuntu Phone devices.

“The development version of Dekko is looking awesome,” says Daniel Wood on the Google+ post, showing users a series of screenshots, which you can see in the gallery at the end of this article, to see the development progress of the upcoming Dekko app for Ubuntu Phones.

Unfortunately, when asked by a user from the Google+ community when he will release a new version of the Dekko email client, Mr. Wood did not respond, so we can only assume that it will take a little bit longer for the new release to arrive in Ubuntu Store.

As a bonus, below we’ve attached a video where Mr. Daniel Wood showcases his latest Ubuntu Phone/Desktop convergence setup. In the first minutes of the video, you can also see his Dekko email client. Of course, when will have more details about the new Dekko version, we’ll post another article. 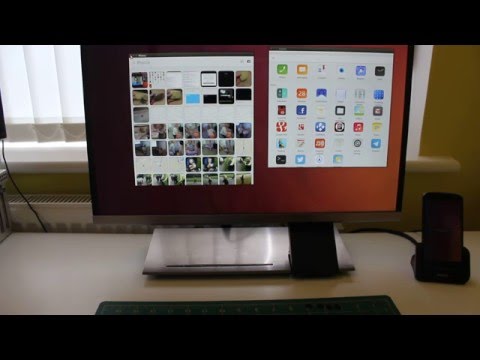