After reporting that his RaspEX operating system for Raspberry Pi devices woks out of the box with the official Raspberry Pi Touch Display 7-inch monitor, Arne Exton now informs us about the availability of a new RaspEX build.

RaspEX Build 160703 is a special release designed specifically for the Raspberry Pi 3 Model B single-board computer, and it incorporates the OpenCPN 4.4.0 free and open-source software that helps you create a compact navigation app and chart plotter, which you can use as a planning tool.

Of course, users will also be able to use this special build of RaspEX, which is based on the Ubuntu 16.04 LTS (Xenial Xerus), Debian GNU/Linux 8.5 “Jessie,” and Linaro open-source software for ARM SoCs, on the old Raspberry Pi 2 Model B single-board computers.

The 7″ touchscreen monitor for Raspberry Pi is supported

Best of all, RaspEX Build 160703 works out of the box with the official 7-inch touchscreen monitor for Raspberry Pi devices. The default desktop environment used for RaspEX is the lightweight LXDE, which comes pre-loaded with numerous useful apps, including Mozilla Firefox and Chromium web browsers, Synaptic Package Manager, and GIMP.

You can study the list of installed packages here. Arne Exton informs us that in order for all of his operating systems, such as RaspEX, RaspEX with OpenCPN, RaspAnd Lollipop, RaspAnd Marshmallow and RaspArch, to work out of the box with both Raspberry Pi 2 and Raspberry Pi 3 devices he needed to upgrade the kernel to Linux 4.0.

This special build of RaspEX is not free, so you’ll have to pay the sum of $15 USD (€13) to get the binary image you need write on an SD card to boot RaspEX on your Raspberry Pi device, following the instructions provided by the developer on the web page from where you can also purchase the OS. In the meantime, you can watch the video below to see the performance of OpenCPN on Raspberry Pi. 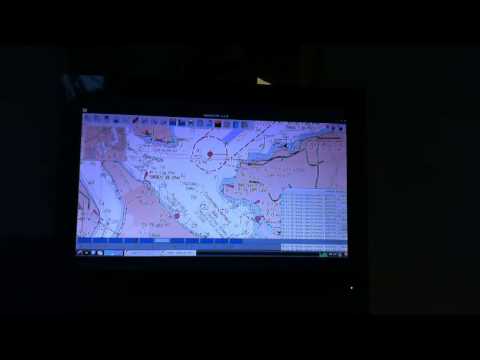