The developer of the Robolinux project has announced the release of his latest Robolinux 8.4 LTS “Raptor” series of Debian-based operating systems, which includes numerous software updates and performance improvements.

Usually, the Robolinux developer announces only one edition at a time for a new major release of the GNU/Linux distribution, but today’s announcement includes details about the availability for download of the Robolinux 8.4 LTS Cinnamon, MATE, Xfce, and LXDE editions, as both 64-bit and 32-bit variants.

The long-term supported Robolinux 8.4 series of distributions has been in development for the last three and a half months, during which it has been synchronized with the upstream Debian GNU/Linux 8 (Jessie) repositories, thus adding all the latest security patches and software updates.

“Three and a half months of hard work went into finding every way possible to optimize and speed up our series 8 Robolinux ‘Raptor’ operating systems,” say the devs. “The result is we have significantly decreased the time it takes to load applications, bootup and shutdown all four of our upgraded Robolinux Raptor series versions.

The Raptor series is supported until 2020

Powered by Debian GNU/Linux 8’s Linux 3.16 kernel, all the Robolinux 8.4 LTS “Raptor” editions have been rebased on the current stable Debian 8.3 source code, including over 180 upstream security and application updates. As Google ended support for the 32-bit version of its Google Chrome web browser, Robolinux now switches to Chromium.

Other important software updates include the Mozilla Firefox 45.0 web browser, Mozilla Thunderbird 38.7.0 email and news client, Tor Browser 5.5, and VirtualBox 5.0. As usual, all Robolinux flavors come with numerous popular apps, including but not limited to Google Earth, Skype, Tor, I2P, Kazam, and a collection of useful security and privacy apps.

Robolinux is a distribution targeted at new Linux users, so as expected, it includes the stealth virtual machine technology that lets them run the Microsoft Windows XP, Windows 7, and Windows 10 operating systems virus-free. Best of all, the Robolinux 8 “Raptor” LTS series is supported with software updates and security patches until the year 2020.

While newcomers can download the Robolinux 8.4 LTS Cinnamon, MATE, Xfce, and LXDE editions right now from our website, current Robolinux 8 users can upgrade to the 8.4 release using the built-in “Robolinux Auto Upgrade” button in the Applications Menu. 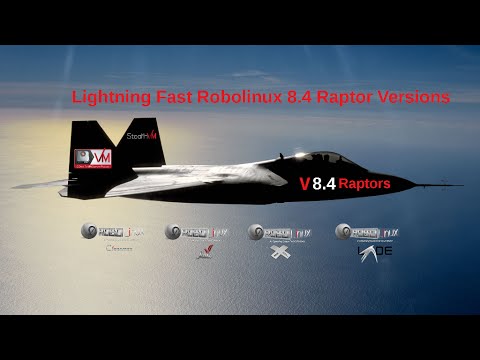