David Mohammed was extremely happy to inform Softpedia about the availability of the Ubuntu Budgie Remix 16.04.1 operating system, as part of the recent Ubuntu 16.04.1 LTS (Xenial Xerus) release.

The Ubuntu Budgie Remix (budgie-remix) 16.04.1 is here one week after Canonical announced the first point release of its long-term supported Ubuntu 16.04 LTS distribution, and it promises to bring users the latest Budgie desktop environment from the Solus Project, along with all the up-to-date Ubuntu 16.04.1 LTS technologies.

“We’ve just released 16.04.1 of budgie-remix. This follows the Ubuntu release cadence and pulls together all the fixes and updates since 16.04 was release,” David Mohammed reveals for Softpedia. “More than that, this is a rather exciting release for the team. We’ve had lots of feedback from users and now have a good profile of who our end-users are.”

Ubuntu Budgie Remix 16.04.1 comes with many goodies for those who are tired of the Unity interface and want to try something different, such as the Solus’ Budgie desktop environment. For example, the operating system now provides users with full disk encryption, as well as Home folder encyription support.

Moreover, it is now possible to install Budgie Remix with support for your favorite language, thanks to the implementation of multiple languages and locales, which have been made accessible directly from the login screen. Also, it looks like Ubuntu Budgie Remix 16.04.1 introduces a Welcome app.

The Budgie Remix Welcome has been designed from the offset to launch both when running the Live session, as well as after installing the operating system, and it lets users learn all about the distribution, the Budgie desktop environment, and guides them through the first steps of using the distro.

Best of all, Ubuntu Budgie Remix 16.04.1 introduces support for universal Snap and Flatpack packages, making installing apps a lot less stressful when using the distribution as your daily driver. Ultimatley, this release has been built using the elementary OS’ automated ISO builder.

Users can download Ubuntu Budgie Remix 16.04.1 right now via our website, but, in the meantime, the development team concentrate all of their efforts on delivering the first Alpha version of the Ubuntu Budgie 16.10 operating system, which will be based on the upcoming Ubuntu 16.10 (Yakkety Yak) Alpha 2 OS, due for release on July 28, 2016. 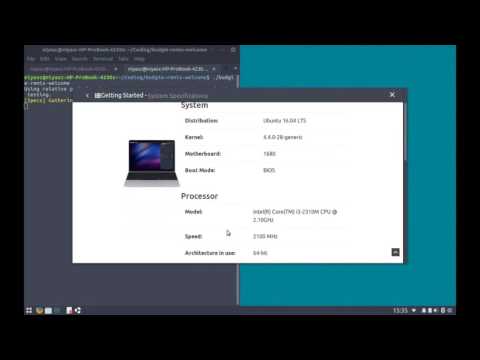