Canonical’s Marco Trevisan has just published a new video on his Google+ page to show us all the latest features developed in the Unity 7 user interface for the upcoming Ubuntu 16.04 LTS (Xenial Xerus) operating system.

According to Mr. Trevisan, it would appear that the Unity Launcher will finally properly integrate with the Nautilus file manager, which means that every icon of an attached device or local disk, including the Trash, will manage only the respective window. Also, the Files icon will match the other views.

This comes right after Canonical announced that they would downgrade the Nautilus file manager from version 3.18 to version 3.14 due to various issues they encountered with recent versions of the software developed especially for the GNOME desktop environment, which won’t integrate well with the Unity 7 user interface.

“Unity7 development continues: with the latest release in Ubuntu Xenial (16.04), finally the launcher properly integrates with Nautilus file manager, so every device (or trash) icon only manages the relative windows. While the Files icon only matches the other views,” said Marco Trevisan, Ubuntu Unity developer at Canonical.

But that’s not all, as users will also be able to activate session actions from the Unity Dash, and then log out, suspend, reboot, or shut down their Ubuntu 16.04 LTS (Xenial Xerus) session. If you’re still confused about all this, please watch the video attached below so that you can better understand what’s coming this spring in Ubuntu Linux. 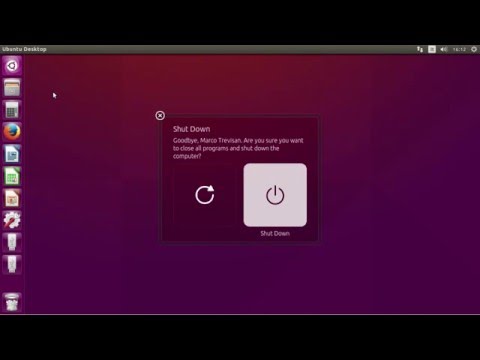